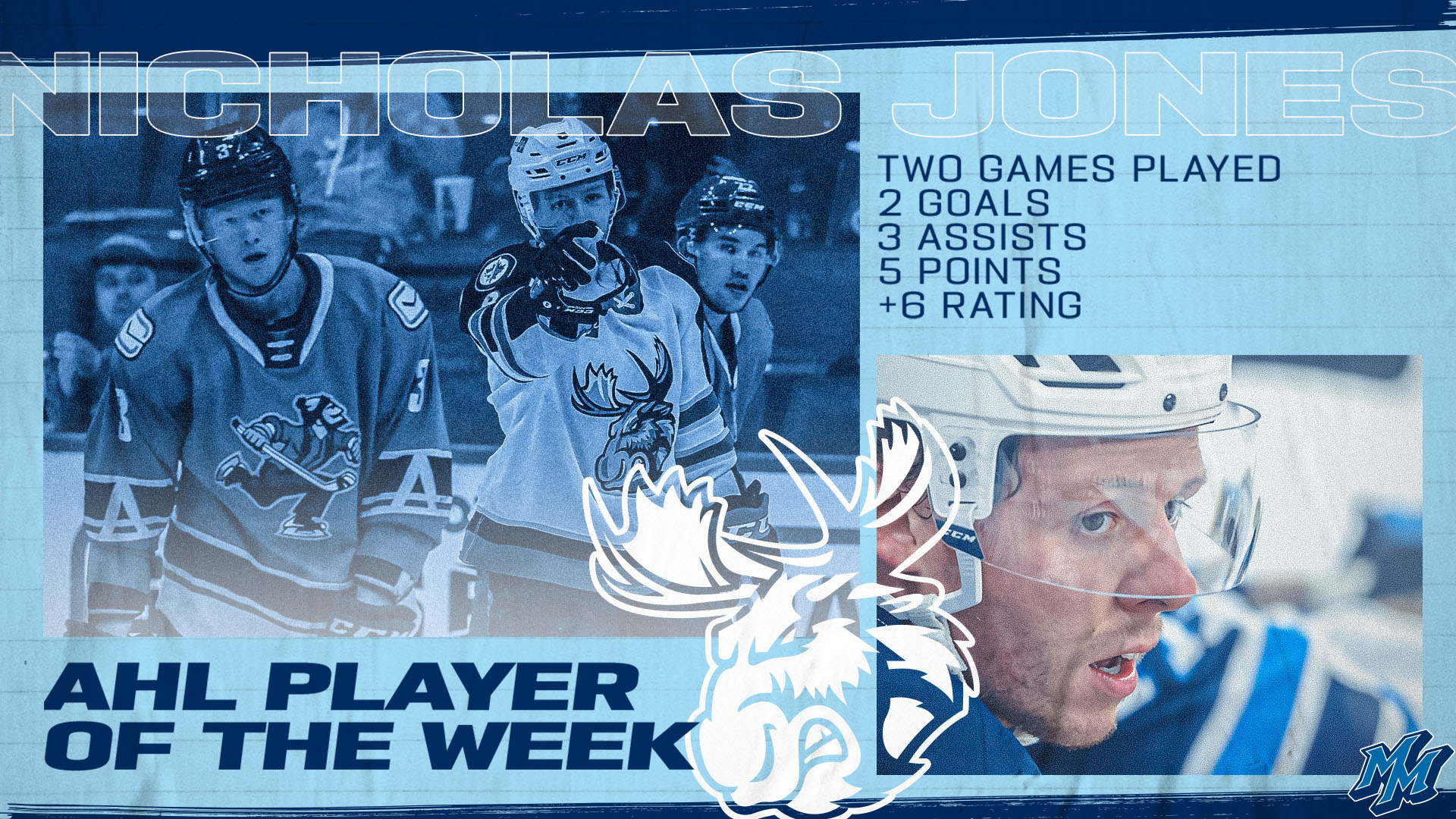 The Manitoba Moose Hockey Club, in conjunction with the American Hockey League, announced today forward Nicholas Jones has been named the AHL Player of the Week for the period ending May 1, 2022.

Jones, 25, racked up five points (2G, 3A) in two games as the Moose closed out the regular season with 7-1 and 6-0 victories over Abbotsford. In Thursday’s 7-1 win, Jones opened the scoring with his 11th goal of the season before reaching the 20-assist mark for the first time in his career later in the first period. In Saturday’s 6-0 victory, Jones set up the game’s opening tally in the first, scored in the second period, and added a shorthanded assist in the third. Jones recorded a goal or primary assist on four of Manitoba’s 13 tallies during the final two games. The forward racked up a plus-six rating to go with four shots on goal.

Jones enjoyed a career-season, recording 34 points (12G, 22A) in 60 games. That included a torrid finish to the regular season with 13 points (4G, 9A) in his final 10 games of the campaign. Jones posted nine multi-point games throughout the season, including his second-career three-point effort on Saturday. Jones has appeared in 166 career AHL games with the Moose and Hartford Wolf Pack, totalling 67 points (25G, 42A).

The Moose return home to Canada Life Centre for Game 3 of the series on Wednesday, May 11. Single-game tickets for the Central Division Semifinals go on sale today, Monday, May 2, at 12 p.m. CT at MooseHockey.com/TICKETS.

2022 Calder Cup Playoff ticket packages, which guarantee your seats for all Manitoba Moose home games, are available at MooseHockey.com/PLAYOFFS.