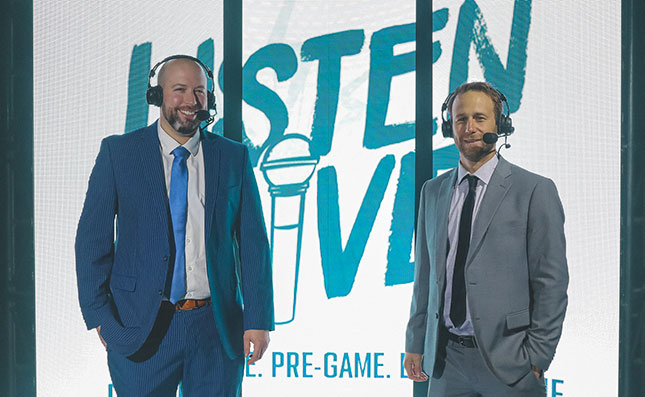 The Manitoba Moose Hockey Club, in partnership with 680 CJOB, announced today the broadcast schedule for the 2021-22 regular season.

All 72 Manitoba Moose regular season games will stream at CJOB.com/sports or MooseHockey.com/LISTENLIVE. Fans can also listen through the newly redesigned Manitoba Moose App. Online coverage begins 15 minutes prior to puck drop and games will be followed by a post-game show to wrap up the action.

In addition to the online feed, 680 CJOB will also broadcast 10 Moose games. Coverage on 680 CJOB begins just before the puck drops. The games featured this season include:

Daniel Fink returns for his third season as the play-by-play voice of the Moose. Fink is joined in the booth by NHL alumni Derek Meech. A veteran of 144 NHL games and 455 AHL contests, Meech lends his expertise to the broadcast as colour commentator for every game this season.

The Moose open the 2021-22 Regular Season on Saturday, Oct. 16 in Toronto against the Marlies at 3 p.m. CT. Listen to the game at CJOB.com/sports, MooseHockey.com/LISTENLIVE or the Manitoba Moose App.