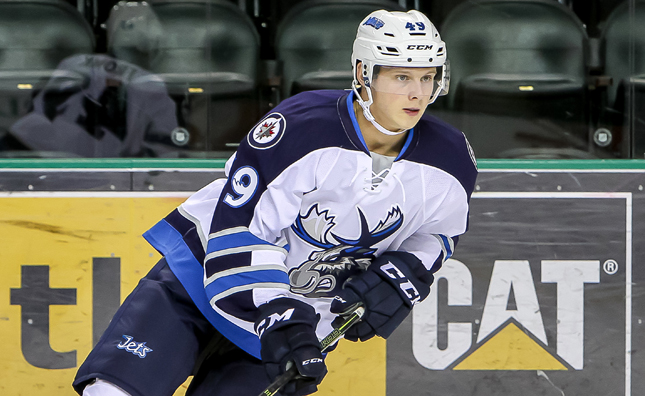 The Manitoba Moose, the AHL affiliate of the Winnipeg Jets, announced today their opening night roster for the 2015-16 AHL regular season.

As part of their moves to begin the season, the Moose have signed forward Jiri Fronk to an AHL contract for the 2015-16 season. Manitoba has also signed forwards Darren Kramer and Kellan Lain to professional tryout offers.

Fronk, 21, scored 29 goals and 21 assists for 50 points in 60 games with Cedar Rapids of USHL. The native of Louny, Czech Republic will be entering his first season of professional hockey.

Kramer, 23, spent last season with the Binghamton of the AHL where he recorded five goals and 12 assists for 17 points. The native of Peace River, AB led the AHL in penalty minutes with 284 in 70 games played last season. He was originally drafted by the Ottawa Senators in the sixth round, 156th overall in the 2011 NHL Entry Draft.

Lain, 26, split time last season between the Oklahoma and Utica of the AHL where he played in 12 games registering one assist and 24 penalty minutes. The Oakville, ON native played nine games with the Vancouver Canucks during the 2013-14 season.

The Moose open their regular season tonight in Toronto when they face the Marlies at 6 p.m. CT.

THE FULL ROSTER CAN BE FOUND HERE