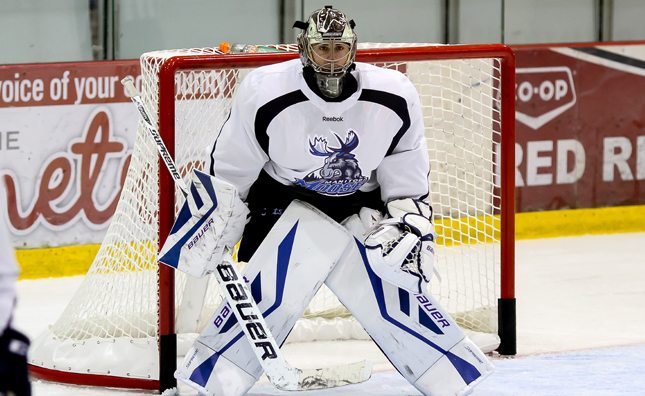 The Manitoba Moose, the AHL affiliate of the Winnipeg Jets, announced today that they have released goaltender David Leggio from his professional tryout agreement.

The Moose will play two pre-season games against the Iowa Wild, the first on Friday, Oct. 2 at the Ralph Engelstad Arena in Grand Forks, ND and on Saturday, Oct. 3 in Fargo, ND at Scheels Arena. Game times for each game will be at 7:00 p.m. CT.

The Moose will have a pre-game skate on Friday morning at 10:00 a.m. CT at the MTS Iceplex prior to departing for Grand Forks, ND.

A FULL TRAINING CAMP ROSTER CAN BE FOUND HERE