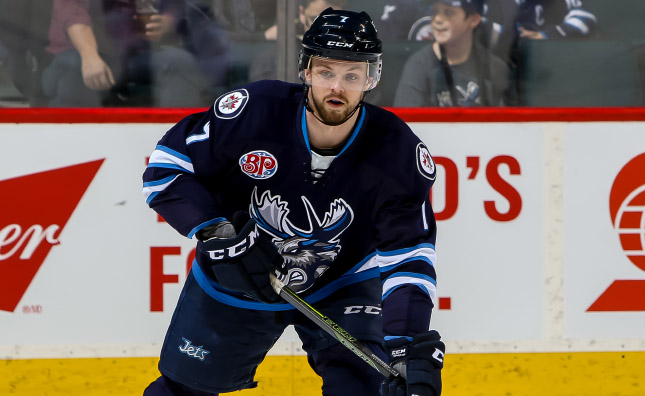 The Winnipeg Jets Hockey Club, in conjunction with its AHL affiliate, the Manitoba Moose, announced that defenceman Josh Morrissey has been re-assigned to Manitoba.

Morrissey, 20, was called up on an emergency basis and played one game with the Jets. He has played 56 games for the Manitoba Moose this season, recording 22 points (3G, 19A) and 47 penalty minutes. Morrissey played eight regular season games and 20 playoff games with the St. John’s IceCaps in 2014 following his junior season. Morrissey has played for Canada’s National Junior Team twice, winning a gold medal in 2015. He was drafted by the Jets in the first round, 13th over-all at the 2013 NHL Draft.

The Moose open a two-game series against the Iowa Wild on Monday, Mar. 7 at the MTS Centre at 7 p.m.