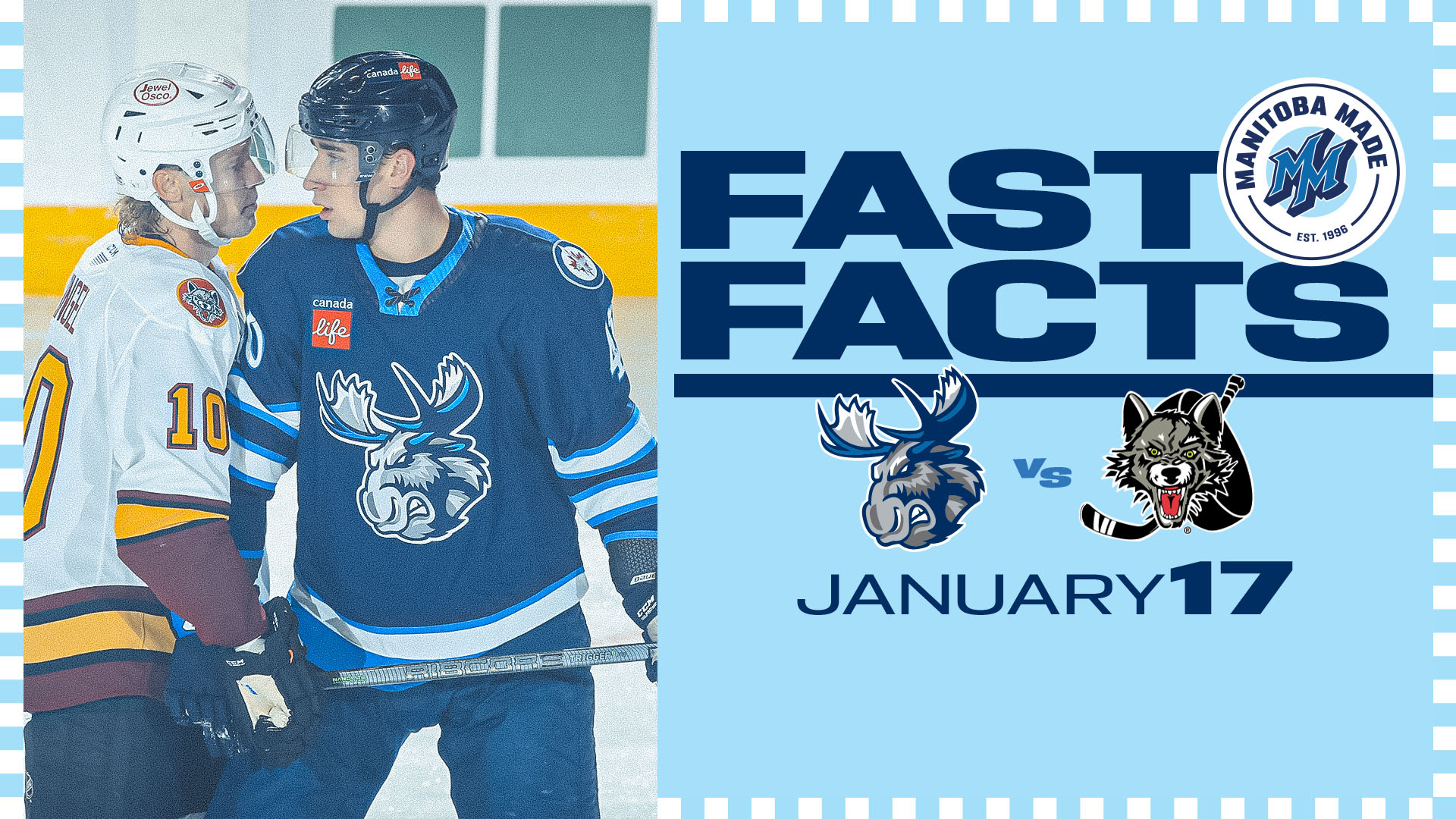 The Manitoba Moose are through to the other side of a gruelling stretch playing 17 of 23 games on the road. Life doesn’t slow down though the team is set to open a six-game home stand with four games in six days. Tonight’s matchup sees the defending Calder Cup Champions, the Chicago Wolves, visit Canada Life Centre for the first time this season. Tickets for tonight’s 7 p.m. CT game are available at MooseHockey.com/TICKETS.

Tyler Boland tallied two points (1G, 1A) in Manitoba’s win in Belleville on Saturday. The forward, who is skating in his second season with the Moose, notched his second multi-point effort in his past six games. Boland has six points (3G, 3A) during that span. Boland’s goal in the third period also represented the first AHL game-winning tally of his career. The St. John’s, Nfld. product has registered eight points (3G, 5A) in 15 contests and sports a plus-five rating. Through the month of January, Boland paces the Moose with a plus-two rating and sits third on the team with four points (1G, 3A).

Simon Lundmark notched a pair of assists to help Manitoba secure the Saturday road win in Belleville. In doing so, the defenceman, a second road pick of Winnipeg in 2019, recorded his first multi-point game of the season and second of his AHL career. The pair of helpers gives the Stockholm, Sweden product 12 points (2G, 10A) in 34 games. Lundmark equaled his assist output from the 2021-22 season and did so in 23 less contests. The defenceman is also two goals away from tying his previous career-high and sits a pair of points away from the 14 points (4G, 10A) he achieved in 2021-22.

Alex Limoges tallied two assists in Manitoba’s road win on Saturday. The pair of helpers represent the second time in three games Limoges achieved the feat. Limoges is currently riding a three-game point streak with five points (1G, 4A). Limoges leads the antlered ones in scoring with 29 points (8G, 21A) in 31 games. The Winchester, Vir. product has seven multi-point outings this season. The Moose sit at 5-1-0-1 when the winger tallies two or more points in a single contest.

Jeff Malott tallied his team-leading 16th goal of the season in Manitoba’s latest win. Half of his goals have come on the man-advantage and the forward is now two away from equaling his 2021-22 season power play output. Malott has notched 84 points (53G, 31A) in 129 career contests and rides a three-game point streak while producing three points (1G, 2A).