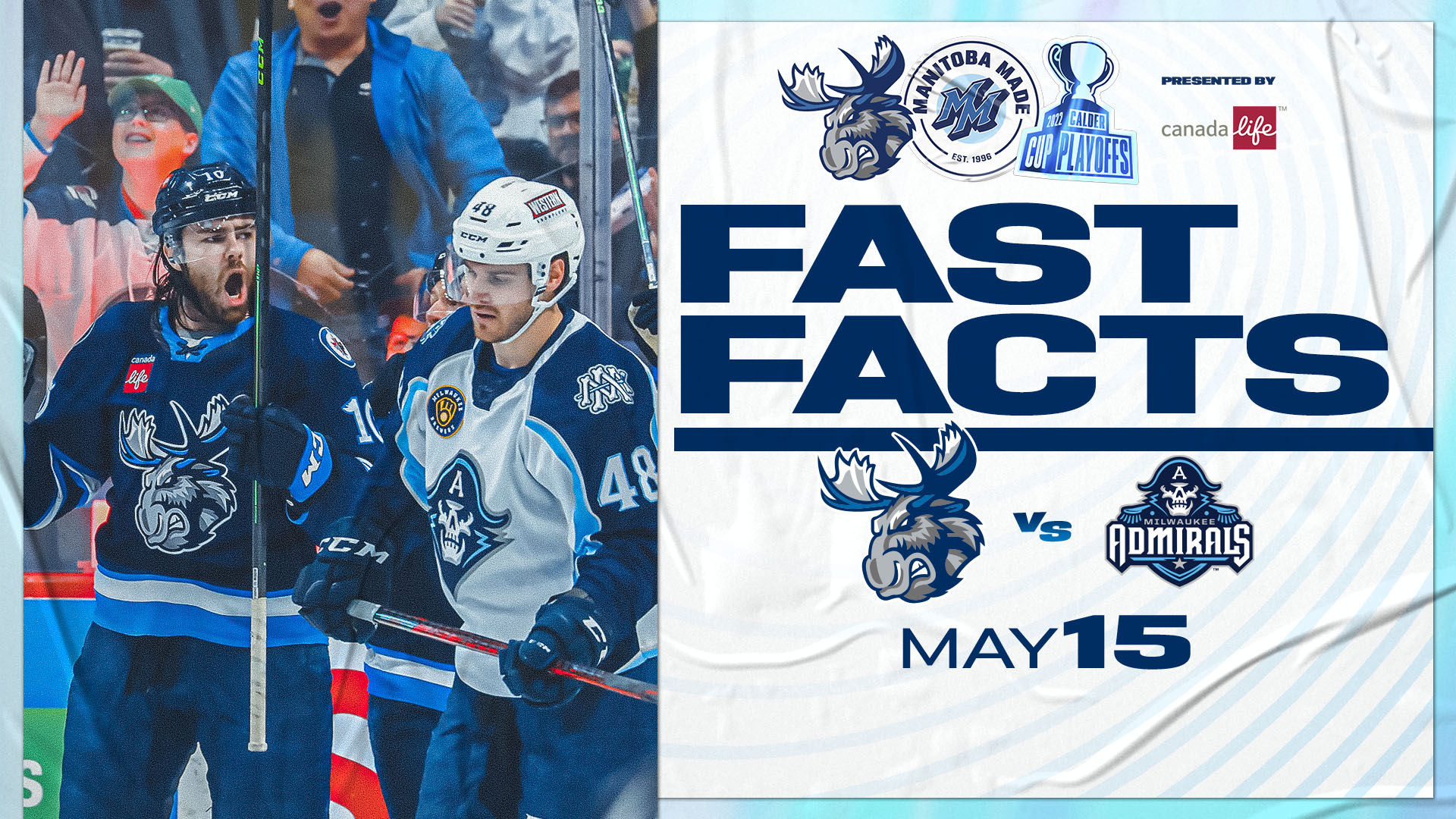 The 17th meeting of the season between the Moose and Admirals will decide who advances to the Central Division Finals. Manitoba forced the deciding Game 5 with a 7-3 win on Friday. Seven different goal-scorers cashed in and six players recorded multi-point evenings. Tickets for today’s winner-take-all game at 2 p.m. CT are available at MooseHockey.com/TICKETS. Coverage of the game on 680 CJOB, AHLTV and the Manitoba Moose App begins at 1:30 p.m. CT. The game will also be broadcast on TSN2 starting shortly before puck drop.

Sunday’s Game 5 between Manitoba and Milwaukee sees the winner move on to the Central Division Finals. Milwaukee opened the series with a pair of one-goal wins at UW-M Panther Arena. The series shifted to Canada Life Centre, where the Moose stormed back and outscored the Admirals 12-5 in two straight victories. That evened the series two  games apiece. Going back through franchise history, the Moose have a positive 7-5 record in decisive games. The group will try to advance to the second round for the first time since the 2018 playoffs.

Ville Heinola recorded three points (1G, 2A) in Friday nights Game 4 win over the Milwaukee Admirals. The defenceman recorded all three of his points in the second and third period as the Moose pulled away. Heinola is currently riding a two-game point streak while recording four points (1G, 3A) his past two games. The Honkajoki, Finland product has also been a force on the man advantage, with three of his points (1G, 2A) coming on the power play over the series. Going back to the final stages of the regular season, the Winnipeg Jets 2019 first round pick has 10 points (3G, 7A) his past nine games.

The Moose have found their stride offensively and have used it to full effect in their past two contests. In Manitoba’s 7-3 win on Friday, Ville Heinola (1G, 2A) and Morgan Barron (1G, 2A) led the way with three points each. Nicholas Jones (1G, 1A), Declan Chisholm (1G, 1A), Luke Johnson (1G, 1A) and Jimmy Oligny (2A) each chipped in with two points of their own. Over their past two games, seven different Moose skaters have tallied multi-point games, with 12 of the 18 skaters registering at least one point in the win. The squad has outscored the Admirals by a count of 12-5 over the past two games at Canada Life Centre.

Manitoba is a team that relies on a high-volume shooting offence. The squad fired 44 shots on Connor Ingram in Friday nights victory and scored on seven of them. Over the course of the series, the Moose have outshot the Admirals by a count of 165-85. In their Game 4 win, three Moose skaters recorded six shots, while only two on the ice didn’t record a shot over the course of the game. The Moose have outscored the Admirals 15-10 over the series. Manitoba has been especially potent at home,  converting 25 goals over the past four home games dating back to the regular season. Two of those contests, April 28 versus Abbotsford and May 13 against Milwaukee and saw the Moose score seven goals in the contest, a feat the antlered ones achieved three times during the regular season and playoffs.

Morgan Barron recorded three points (1G, 2A) in Manitoba’s Game 4 win over Milwaukee on Friday night. The forward leads the Moose in goals during the playoff series and sits in second with five points. Barron has scored goals in three straight games, striking for the first Moose goal in each outing, and recorded his first career AHL three-point game on Friday.