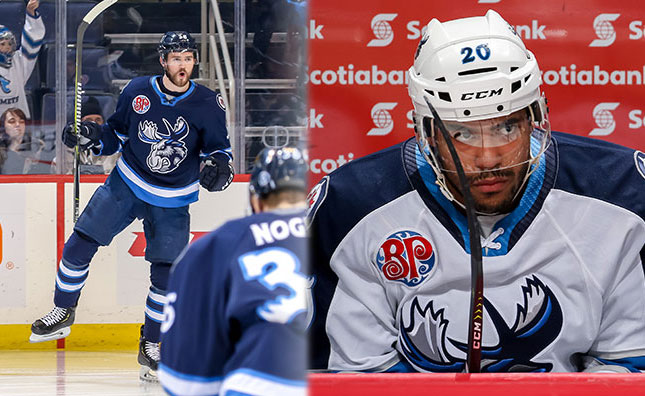 The Winnipeg Jets announced today they have agreed to terms with forwards Logan Shaw and C.J. Suess. Both forwards were signed to one-year, two-way contracts with an average annual value of $700,000 in the NHL.

Shaw was originally drafted by the Florida Panthers in the third round (76th overall) in the 2011 NHL Draft.

Suess, 25, was drafted by the Jets in the fifth round (129th overall) in the 2014 NHL Draft and just finished his first full season with the Manitoba Moose. The Forest Lake, MN native had 12 points (8G, 4A) in 26 games for the Moose in 2018-19 before suffering an upper body injury in mid-December that kept him out for the rest of the season. Suess made his debut for Manitoba in 2017-18 when he had two points (1G, 1A) in six games and added another assist in three playoff tilts.