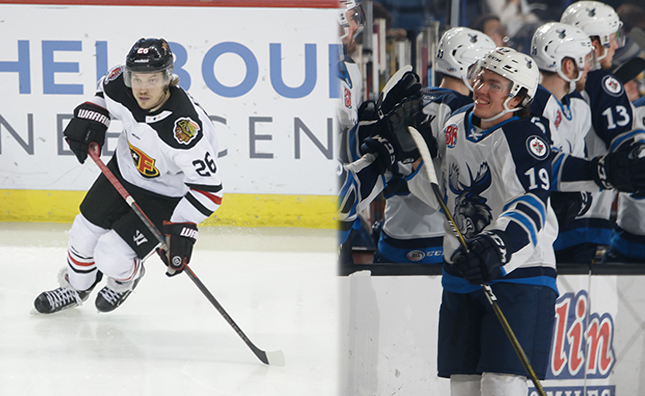 Nault, 25, has three assists in 13 games split between the ECHL’s Kansas City Mavericks and Greenville Swamp Rabbits this season. The forward has totalled 53 points (28G, 25A) in 60 career ECHL games. Nault appeared in one AHL game with the Charlotte Checkers during the 2019-20 campaign. The Winnipeg native made his AHL debut with the Moose during the 2018-19 season on April 14, 2019 when he recorded a goal and an assist against the Chicago Wolves.

The Moose face off against the Toronto Marlies today with puck drop at 4 p.m. CT. Tune into the game on cjob.com/sports, moosehockey.com/listenlive or watch with a subscription to AHLTV.com.