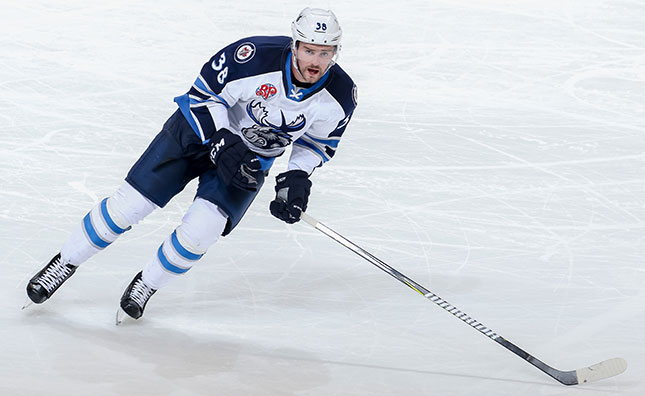 The Winnipeg Jets announced today they have recalled forward Logan Shaw from the Manitoba Moose. The Jets also announced that they have placed forward Mason Appleton on injured reserve.

Shaw, 27, played in the first eight Moose games this season and leads the team with three goals and shares the team lead with five points (3G, 2A). The product of Glace Bay, N.S. played 70 AHL games in 2018-19 between the Moose and the San Diego Gulls and he led Manitoba with 27 goals. Shaw, Florida’s third round pick (76th overall) in the 2011 NHL Draft, has played 180 games for the Panthers, Anaheim Ducks, and Montreal Canadiens and recorded 31 points (12G, 19A).

The Moose get back to game action on Saturday and Sunday when they host the Grand Rapids Griffins for a pair of 2 p.m. matinee games. Tickets are available at moosehockey.com/tickets.