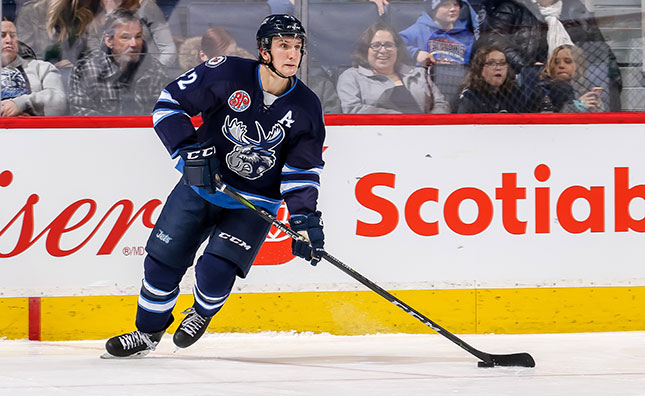 Stoykewych, 25, spent the past three seasons with the Moose.  During that span he accumulated 55 points (14G, 41A) in 195 AHL games.  The Winnipeg, Man. product enjoyed a career season in 2017-18, tallying 27 points (9G, 18A) in 70 outings.  Stoykewych led Manitoba with a plus-28 rating during the regular season, placing second on Manitoba’s all-time single-season list. 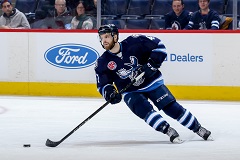 Beaudoin, 24, notched eight points (1G, 7A) in 36 games for Manitoba during his first full season of professional hockey.  The Drummondville, Que. native also appeared in two Calder Cup Playoffs games with the Moose.  Prior to turning pro, Beaudoin spent two seasons at the University of Quebec Trois Rivieres where he totaled 34 points (10G, 24A) in 43 games. 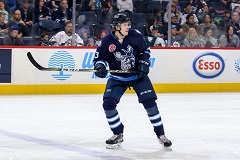 Cederholm, 20, made his AHL debut with the Moose on April 8 after playing 29 professional games in Europe for HV71, Vasterviks IK and IK Oskarshamn.   The Helsingborg, SWE native also posted a pair of assists in six playoff games as he captured the Swedish SuperElit league championship with HV71 J20 in 2017-18. Cederholm was selected in the fourth round, 97th overall, by the Winnipeg Jets in the 2016 NHL Entry Draft. 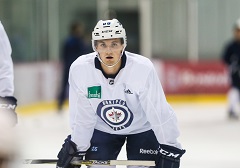 Reichel, 20, appeared in 63 games with the Red Deer Rebels in 2017-18.  The Litvinov, Czech Republic native tallied 34 goals and 57 points in his first WHL season.  Prior to his time in North America, Reichel played two seasons with Litvinov HC in the Czech Extraliga where he accumulated 12 points (5G, 7A) in 56 career games. 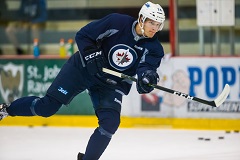 Ustaski, 24, made his AHL debut with the Moose on April 13 at Cleveland.  The 6’6, 234 lbs forward played 100 games for the University of Wisconsin, while recording 22 points (13G, 9A) and 44 penalty minutes in his NCAA career.  The Glenview, Ill. native joined the Jacksonville Icemen following his collegiate season and posted seven points (5G, 2A) in 14 ECHL games.  Ustaski was a seventh round pick, 192nd overall, of the Winnipeg Jets in the 2014 NHL Entry Draft. 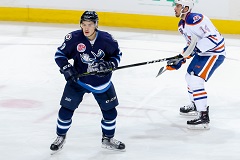 Woods, 24, suited up for the Moose in his AHL debut on April 6 against Bakersfield.  Woods completed his NCAA career in 2017-18, playing for the University of Alaska-Fairbanks, where he totaled 47 points (18G, 29A) and 105 penalty minutes in 133 games.  At the conclusion of his collegiate season, the Fairbanks, AK native joined the Jacksonville Icemen where he racked up seven points (3G, 4A) in eight games.