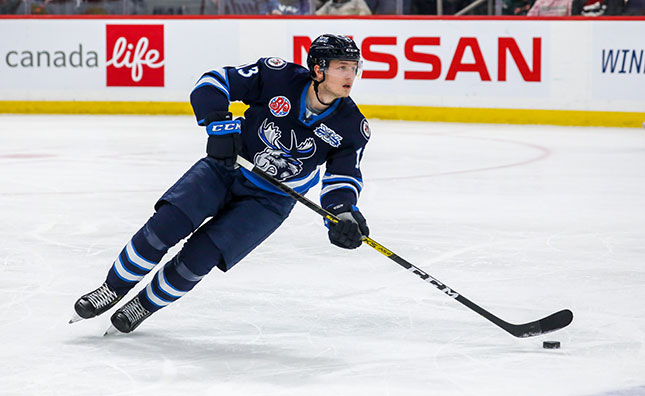 The Winnipeg Jets announced today they have recalled forward Kristian Vesalainen from the Manitoba Moose.

Vesalainen was drafted by the Jets in the first round (24th overall) in the 2017 NHL Draft.