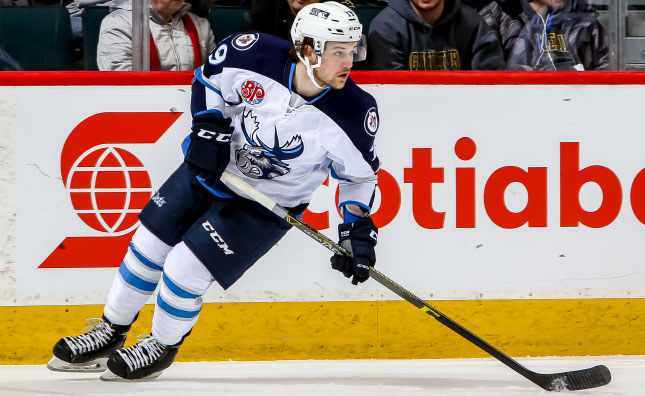 The Winnipeg Jets Hockey Club, in conjunction with its AHL affiliate, the Manitoba Moose, announced forward Chase De Leo has been recalled on an emergency basis from the Moose.

De Leo, 20, has played 64 games for the Manitoba Moose this season, leading the team in scoring with 33 points (16G, 17A) and 32 penalty minutes. De Leo is in his first professional season after spending the last four seasons with the Portland Winterhawks of the WHL. He was drafted by the Jets in the fourth round, 99th over-all at the 2014 NHL Draft.