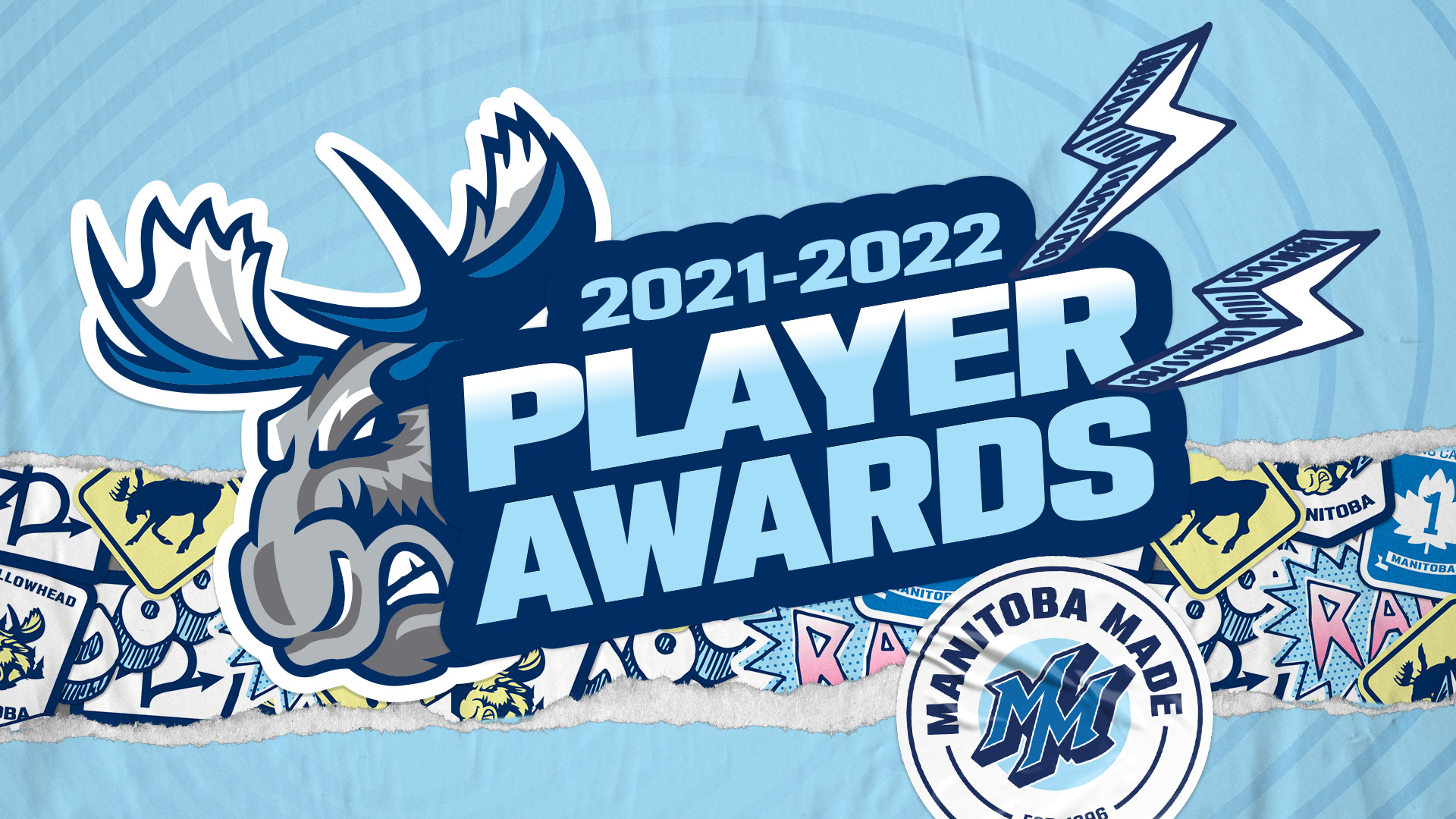 FloForm Countertops Most Valuable Player Award – Cole Maier
Maier, 26, tallied 37 points (17G, 20A) in 68 games which was good for third in Moose scoring this season. Maier is also one of six Moose skaters to tally at least one power play, shorthanded and game-winning goal over the course of the season. Maier played his best hockey at Canada Life Centre, recording 25 points (11G, 14A) on home ice. The Pequannock, N.J. product led the team with 68 games played, while serving as one of the team’s alternate captains.
2020-21 Winner: David Gustafsson

Leading Scorer Award – Mikey Eyssimont
Eyssimont, 25, led the Moose in scoring with 42 points (18G, 24A) in 58 games. The Littleton, Colo. native captured the award after recording the first Moose hat-trick since December 2019 in the regular season finale on April 30. The forward tallied three power play markers and two game-winners during the campaign and was second on the squad with eight power play assists. The former Los Angeles Kings fifth round pick also led the Moose with 205 shots. Eyssimont also made his NHL debut this season, suiting up for the Winnipeg Jets on April 11 against the Montreal Canadiens.
2020-21 Winner: Nathan Todd

Best Defenceman Award – Johnathan Kovacevic
Kovacevic, 24, tallied 30 points (11G, 19A) in 62 games. He ranked 10th in the AHL with a plus-23 rating. The Grimsby, Ont. product was dominant from March. 3 to March. 16 when he recorded nine points (2G, 7A) in a career-high, six-game point streak. The defender also made his NHL debut this season with Winnipeg Jets on Jan. 27 against the Vancouver Canucks. He went on to suit up in four games with the Jets.
2020-21 Winner: Johnathan Kovacevic

Rookie of the Year Award – Greg Meireles
Meireles, 23, recorded 27 points (5G, 22A) in 49 games. Meireles scored three of his five tallies on the man advantage and recorded one game-winning goal. The Ottawa, Ont. product finished first among Moose rookies in points and registered six multi-point outings, including his first three-point AHL contest on March 3 in a 7-2 win over Rockford.
2020-21 Winner: Cole Perfetti

EPRA Julian Klymkiw Community Service Award – Jimmy Oligny
Oligny, 29, led by example both on and off the ice for the Moose in his first season as captain. Oligny was involved in the Community Practice Series, attending an outdoor practice and conducting a Q&A with four minor hockey teams at Camp Manitou. Oligny is heavily involved with the True North Youth Foundation’s Project 11. He records video messages in both English and French for the initiative, answering children’s questions on methods he uses to improve his own mental health.
2020-21 Winner: C.J. Suess

Three Stars Award – Mikhail Berdin
Berdin, 24, was named a game star in nine of his 32 appearances, including four first star nods. The Ufa, Russia native posted a 19-10-2 record to go with a 2.40 goals-against average and a .902 save percentage. Berdin ended the regular season with a 20-save shutout performance. The clean sheet was the goaltender’s fourth of the 2021-22 campaign and tied Berdin for third in the AHL.
2020-21 Winner: Mikhail Berdin

Fan Favourite Award – Declan Chisholm
Chisholm, 22, tallied 30 points (9G, 21A) in 53 games for the Moose this season. The Bowmanville, Ont. product made his mark in front of the home fans, tallying 21 of his 30 points at Canada Life Centre. The defender also made his NHL debut this season with Winnipeg, when the Jets faced the Detroit Red Wings. Chisholm suited up in two games with the Jets.
No 2020-21 Winner

Become a Moose Ticket Member today! Ticket memberships for the 2022-23 season are available at MooseHockey.com/PLAYOFFS.