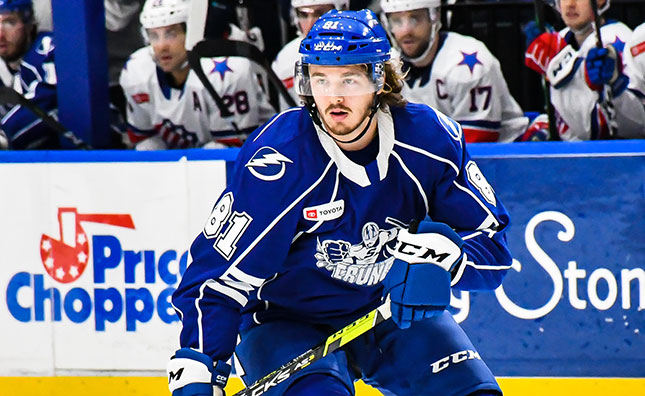 The Manitoba Moose Hockey Club announced today the team signed forward Greg Meireles to a one-year contract for the 2021-22 season.

Meireles, 22, recorded 24 points (10G, 14A) in 31 games with the ECHL’s Greenville Swamp Rabbits during the 2020-21 season. The Ottawa, Ont. product ranked eighth in team scoring and third among the club’s rookies. Meireles also appeared in three AHL contests for the Syracuse Crunch. Prior to turning pro, the former sixth round pick of the Florida Panthers played 244 games with the OHL’s Kitchener Rangers where he tallied 239 points (99G, 140A).