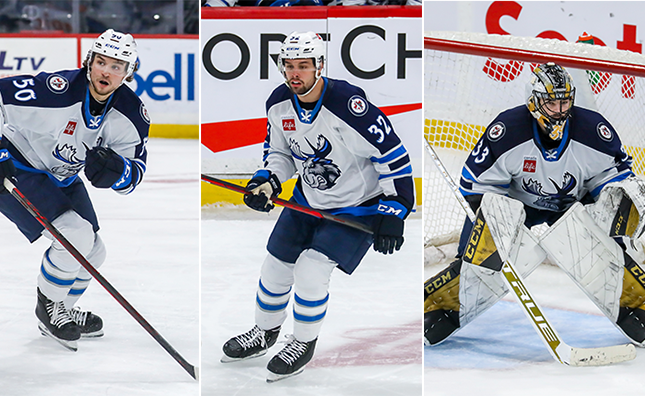 The Manitoba Moose Hockey Club announced today the team agreed to terms with forwards Thomas Caron and Isaac Johnson as well as goaltender Evan Cormier through the 2022-23 season.

Caron, 21, recorded six points (3G, 3A) in 40 games last season with Manitoba, his first professional campaign. Prior to joining the Moose, Caron played for the Quebec Remparts of the QMJHL where he recorded 72 points (31G, 41A) in 146 games over the course of three seasons. The Candiac, Que. native was also named the captain of the Remparts during the 2020-21 campaign.